For many kids, organized sports aren’t much fun anymore.

Overbearing parents, over-the-top coaches and overzealous competition are frequent images associated with youth-athletic leagues today. Though playing ball often used to embody the enjoyment of being a kid, the experience for many youngsters is too serious and stressful – and ultimately not worth it.

One study revealed 70 percent of U.S. children drop out of organized sports by age 13, with pressure and burnout among the main reasons cited.

“The politics, as well as the over-emphasis adults put on kids to see a college scholarship as the ultimate goal, is ruining a kid’s ability to get the most out of sports,” says Maya Castro, author of  The Bubble: Everything I Learned as a Target of the Political, and Often Corrupt, World of Youth Sports (www.thebubbleweb.com).

“This over-emphasis has created an environment amongst the parents and coaches that is similar to a mafia. We badly need changes in this toxic, political and corrupt environment. And it must start with the parents.”

Castro, who says her own experience as a young soccer player was tainted by misguided and misbehaving adults, offers ideas on how adults can improve the youth-sports culture:

“Whether a kid decides to keep playing sports or to walk away,” Castro says, “he or she should be able to do so without deep regret in having wasted their time.”

Maya Castro (www.thebubbleweb.com) is the author of The Bubble: Everything I Learned as a Target of the Political, and Often Corrupt, World of Youth Sports. A recent graduate of Sonoma State University with a degree in finance, she played soccer from sixth grade until her senior year of high school, giving the sport up “because of the politics.” 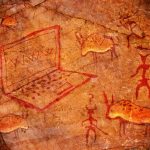 8 Simple Ways Parents Can Reduce Obesity in Their Kids

Useful Tips for Picking Up the Perfect Roller Skate Wheels

“T” the Most Important Letter in Skating

5 screen-free ways to put more humor into your life

Tips from the Limbo Queen